Each year, Esports Insider gathers the views of industry leaders in the esports world to reflect and reflect on the year and look forward to 2023.

It’s hard to pick a single narrative or trend that defined the year. In that year, blockchain transformed from a strong industry partner to a liability, diversification became a key business strategy, and increased the attention of investors who previously provided venture capital to the industry.

Below, in the first of Esports Insider’s two-part series, ESL FACEIT Group, Team Vitality, Team Liquid and Prodigy Agency define esports in 2022, highlighting standout trends and commenting on which titles have performed the most.

You can compare their answers with previous years from our 2020 and 2021 editions. Without further ado, here is our 2022 industry review.

How would you define esports in 2022?

There are many ways to define esports and how it’s changed this year – the range in the answers below is proof.

Stuart Saw, CEO and Co-Founder of RTS: “E-Sports, like any other sport, is constantly evolving, with storylines and associated games rising and falling. I don’t think there are annual definitions for any single sport, so I don’t think that applies to esports either.”

Josie Brown – SVP, Brand, Content and Marketing at Team Liquid: “Resurgence. Esports returned in big style this year, with League of Legends, VALORANT, CS:GO and DOTA all continuing to push the boundaries of what is possible in the industry.”

Miles Yim, Associate Director at The Story Mob: “Looking for a balance. Despite all the positive things this year – the return to live events, more meaningful collaborations with influencers, a deliberate diversification of content streams beyond competitive reporting – the current macro narrative surrounding esports has taken a negative turn.

“We’re caught up in recession stories, the alleged flight of VC investment, the decline in viewership from pandemic highs, and we can’t adequately appreciate the success we’ve had this year or where we’re going.”

Craig Levine, Co-CEO of ESL FACEIT Group (EFG): “We’ve seen more sophistication and understanding of what the word ‘eSports’ means. For me, I would actually be stricter on that definition and start making a distinction between esports and competitive gaming.

“Esports for us is both the competition of the world’s best players coming together, an audience at scale, and a fandom celebrating and consuming the competition. Many games are competitive, but I would say very, very few are eSports.

“As we look forward in the industry, I think it’s important to better refine the description of the opportunity or the specific community surrounding each game is important because that shapes the approach and ensures everyone is on the right one.” way of interacting with these communities. ”

From a business perspective, what do you think were some of the standout trends this year? 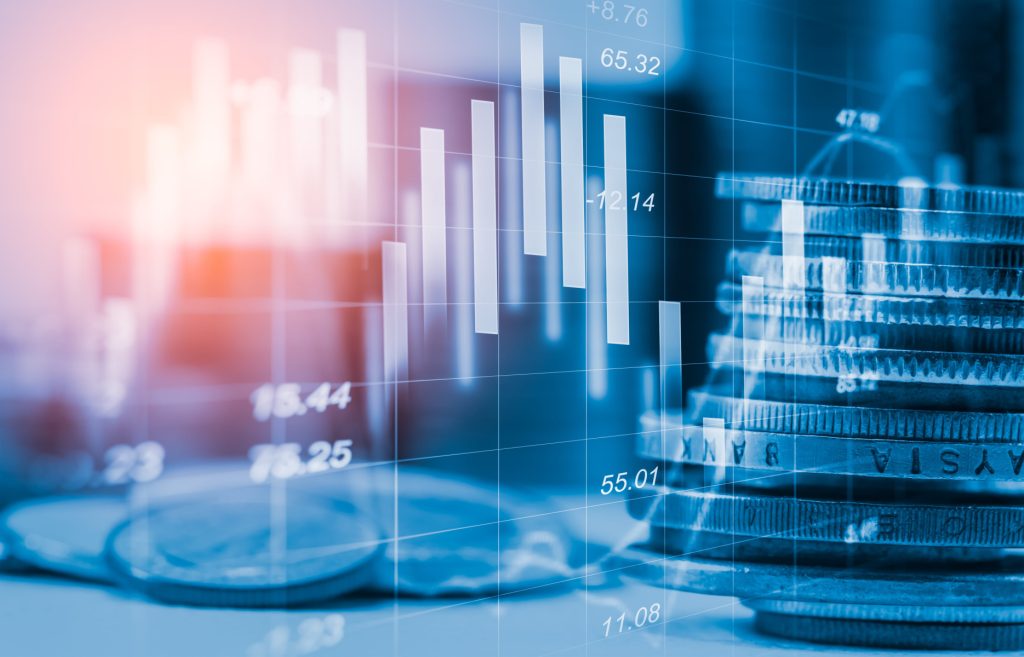 With a confluence of new and existing trends, many narratives were brewing in 2022. We asked stakeholders to select the most important ones.

Miles Yim, Associate Director at The Story Mob: “There have been a few, but one that I quite liked was the further expansion of co-streaming into mainstream media. I’m thinking of the Manning cast, where Peyton and Eli Manning essentially stream NFL games together on cable TV.

“It’s an innovation developed by our community (who can forget the early VALORANT eSports co-streams of Myth and Shroud?). Every time I read how much people are enjoying the Manning cast, it feels like a win for eSports. We were there first! We have championed a new transmission model, the business implications of which we are only just beginning to understand.”

Nicolas Maurer, CEO, Team Vitality: “Within the industry, we have seen the ups and downs of crypto investing, proving once again that despite all the good initiatives related to revenue diversification, the team is still too reliant on sponsorship investments. ”

Evgeniy Roshchupkin: CEO of Tundra Esports: “The year of global instability and financial market turmoil had a major impact on the esports industry. It’s encouraging to see more esports organizations going public, they’re going through tough times, but this is a great lesson for the entire industry to identify the right business models.

“Web3 partnerships in sports are a big trend with both positive and quite negative experiences. We are seeing esports companies learning to focus on delivering real value to fans, which will be the key success factor in such partnerships.”

Josie Brown – SVP, Brand, Content and Marketing at Team Liquid: “I’m encouraged that more and more companies are valuing entertaining content outside of the purely sports arena. One of my big goals at Team Liquid is to expand our focus more than ever to talk shows (Two People Talking), streamer competitions (The Next Wave), and events (Race to World First). We hope this will continue to resonate with our current fanbase and open doors to new fans who love our shows!”

Jérôme Coupez, Prodigy Agency: “For our part, we’ve seen that brands and especially non-endemic brands are really starting to shift their focus to the influencers and actors. It’s something we’ve been working on for years and driving forward by educating brands about the leverage players have on fans and I’m glad it’s paying off.”

Grant Zinn, CEO of Beastcoast: “There has been pressure for organizations to put down roots and start growing their regional fan base. Beastcoast is moving to the Midwest and bringing some of our pro players with them. We’re trying to provide more opportunities for our players, like our partnership with Butler University, and also to encourage interest in esports from one of the most important regions in the US.”

What was your company’s biggest success in 2022? 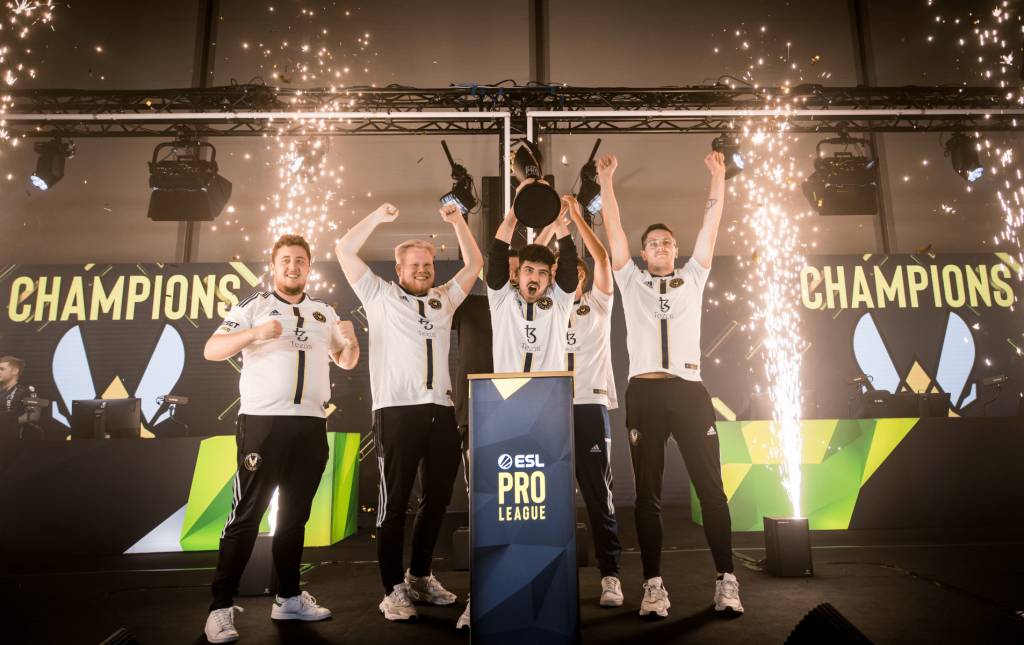 2022, and the fourth quarter in particular, has been a difficult year for many esports companies, but it’s easy to let short-term trends overshadow success. We asked companies to highlight their biggest accomplishments this year and summarized them below.

Beastcoast: Celebrates its fifth anniversary, finishes in the top eight of The International, moves to Butler’s Esport Park, and expands its presence in Pokemon.

ESL FACEIT Group: The merger of ESL and FACEIT to create EFG and establish a new strategic position for the combined company.

RTS: The company’s first joint venture with EVO and the success of the FGC showcase.

The Story Mob: Refining its practices such as hiring, customer service, and media relations. Testing out its four-day work week initiative.

Tundra Esports: Winning The International 2022, FNCS in Fortnite, signings and the talent in its commercial, content and marketing teams.

Team Vitality: His CS:GO team wins the ESL Pro League, is selected for the VALORANT Champions Tour 2023 (the only European team to have places in LEC, ESL Pro League, BLAST and VCT) and launches its mobile application V. hive .

Team Liquid: With the “A Wave of One” campaign published in the fall, the organization took a first step towards networking its teams thematically.

VOV: Opened its first physical venue, The Zone, in Riyadh and partnered with the Saudi Arabian Ministry of Health.

Which esports title do you think has performed the most in 2022? 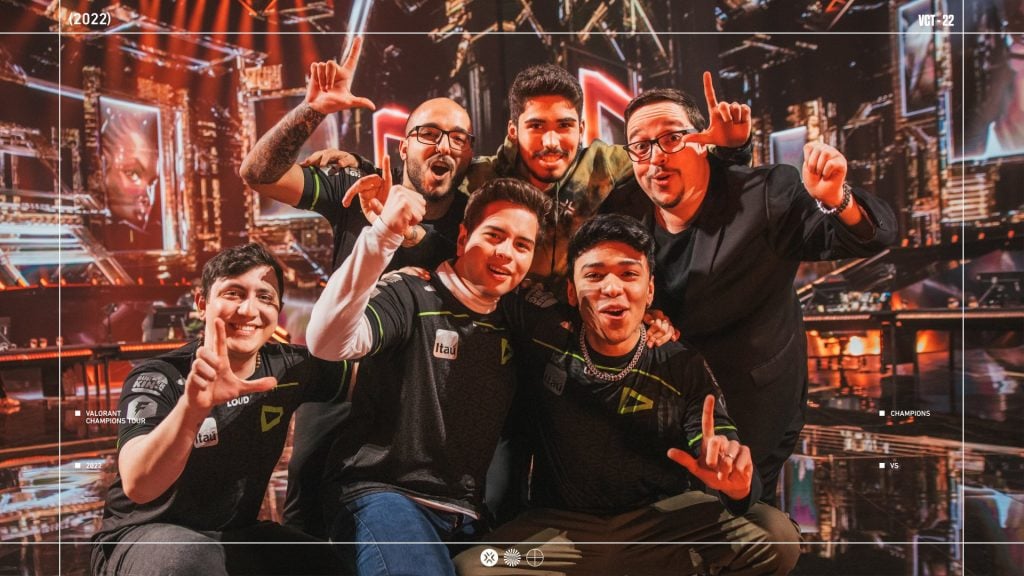 A few new candidates have emerged this year. Companies pointed to numerous games going in the right direction, a vote of confidence in the broader sport. However, one title stayed at the top of the list for almost everyone.

Jérôme Coupez, Prodigy Agency: “I think VALORANT and Rocket League have evolved the most in 2022. VALORANT has quickly become a premier esports title and continues to grow with the announcement of the partnership model for 2023 and beyond. Rocket League is also on the rise, especially with the younger generation, and I think it’s totally deserved for such an exciting game.”

Craig Levine, Co-CEO of EFG: “To me, Rocket League is one of the most exciting esports titles out there. It has a dynamic and vibrant community and player base and we’ve seen their energy at Dreamhack Festival and fans filling arenas around the world. It’s arguably one of the most accessible and exciting esports titles out there. We believe there is much more growth to come in this community, especially as it rolls out to mobile as well.”

Nicolas Maurer, CEO, Team Vitality: Definitely VALORANT! Despite being a fairly young game, it has become a Tier 1 sport in a short space of time. Riot is doing a very good job in terms of the game, the viewing experience, and the overall ecosystem. In addition to our VCT selection, we also strongly support the VCT Game Changers initiative. We are very much looking forward to 2023!”

Evgeniy Roshchupkin, CEO of Tundra Esports: “This would have to be the development of Valorant’s esports circuit with the launch of the VALORANT partnership program for 2023. We welcome such long-term partnership programs with the best organizations while allowing new and ambitious teams to qualify and compete at the highest level in the regional leagues.

“We’ve seen Psyonix (and Epic) enhance their exciting eSports ecosystem around Rocket League, making it one of the most dynamic eSports with huge rivalries and a growing international audience.”